SUPPORT SCHOOL PROJECT WITH YOUR PURCHASE

OUR PRODUCTS MAKE A DIFFERENCE

All Shakti Milan products are handmade in Nepal and support local crafts. Through the proceeds from the sale of the products, we create jobs in a positive, supportive and non-violent environment. With fair wages! And with that we achieve financial independence and social recognition for the people in one of the poorest and most beautiful countries in the world.

This is an initiative with the goal of training women in Nepal to become entrepreneurs who employ disadvantaged women in particular and enable them to earn a living for themselves and their families through their own efforts.

The profits generated from the ventures remain in the country and are reinvested in the education of women and children as well as the development of further projects and business ideas.

The resulting network of working women and free entrepreneurs serves to support each other and consolidate their social position and economic security.

Shakti Milan is Nepali and means "the power of women coming together" and is the perfect name for the first project within this initiative.

It is the establishment of a bag manufactory in Kathmandu. Since the development of the project idea in October 2014, over a thousand bags have already been sold in Nepal, Australia, Germany, Austria and Switzerland.

A team, currently consisting of 12 women in Nepal, manufactures high-quality bags from recycled materials - such as rice sacks - in an atelier set up for this purpose. Individual designs made by hand are sold through online channels and individual networks.

The seamstresses in Nepal receive training and fair remuneration for their work and thus an economic perspective and social recognition.

Since April 2015, we have been working with the "Dhaka Ladies".

This is a team of 10 women who originally come from a village in eastern Nepal and today weave beautiful cotton fabrics with traditional patterns by hand in a small workshop in Lalipur. Saru, the founder of this company, has a big heart, her own ideas and the courage to put them into practice.

In the meantime, she has set up a small workshop with 6 traditional looms, which we would describe as "antique". There Saru and her team weave mainly scarves with a very old traditional pattern called Dhaka.

THE IDEA
HOW IT CAME TO COLLECT RICE BAGS

BEAUTIFUL INSIGHT
INTO OUR PRODUCTION
IN KATHMANDU

HOW IT ALL BEGAN

Oliver and Kerstin Prothmann were in Nepal as volunteers at the end of 2014. During this time they stayed with Gokul Subedi, a social activist, and his wife Prakriti Mainali.

During a long series of holidays and countless evenings without electricity or light, there were intense discussions about the political and social situation in Nepal. The real insights into abuse, child slavery, human trafficking and the situation of women in Nepal touched the two Germans deeply. Together Kerstin, Prakriti, Oliver and Gokul want to make a difference.

This was the birth of "WISE - Women in Social Entrepreneurship" and the first business idea "SHAKTI MILAN NEPAL", which meanwhile secures employment and income for disadvantaged women.

During the great earthquake in Nepal in 2015, instead of bags, tarpaulins were sewn and brought with food to destroyed remote villages and helped on the spot.

You can find us here

Shakti Milan is an open house.
The project is supported and carried by many great people and organizations.
We present some of our partners here:

Access is our partner organization in Nepal for social projects in the field of human rights with a focus on children and women. All our donations collected for the earthquake victims as part of the "we-are-nepal" campaign flow into Access projects. 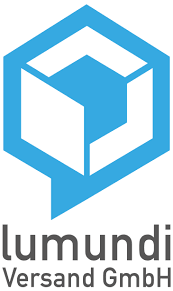 Lumundi Versand GmbH offers modern fulfillment and handling of your shipping from order acceptance, picking, invoicing, packaging incl. franking to shipping. We thank Lumundi for the comprehensive support around the order and store operation.

Shakti Milan Nepal is a member of the German Federal eCommerce Association through its parent company p.digital gmbh. The association helps us with legal issues.

E-commerce from a single source. plentymarkets connects and automates all your online retail processes. Plentymarkets supports us with a professional multi-channel ERP system and online store.